What’s the difference between fine rib and single jersey?  What does silk finish mean and what exactly is TENCELTM?  You can learn all that and much more by checking out our Underwear ABCs – from A to Z, tucks, yarn and everything in between. 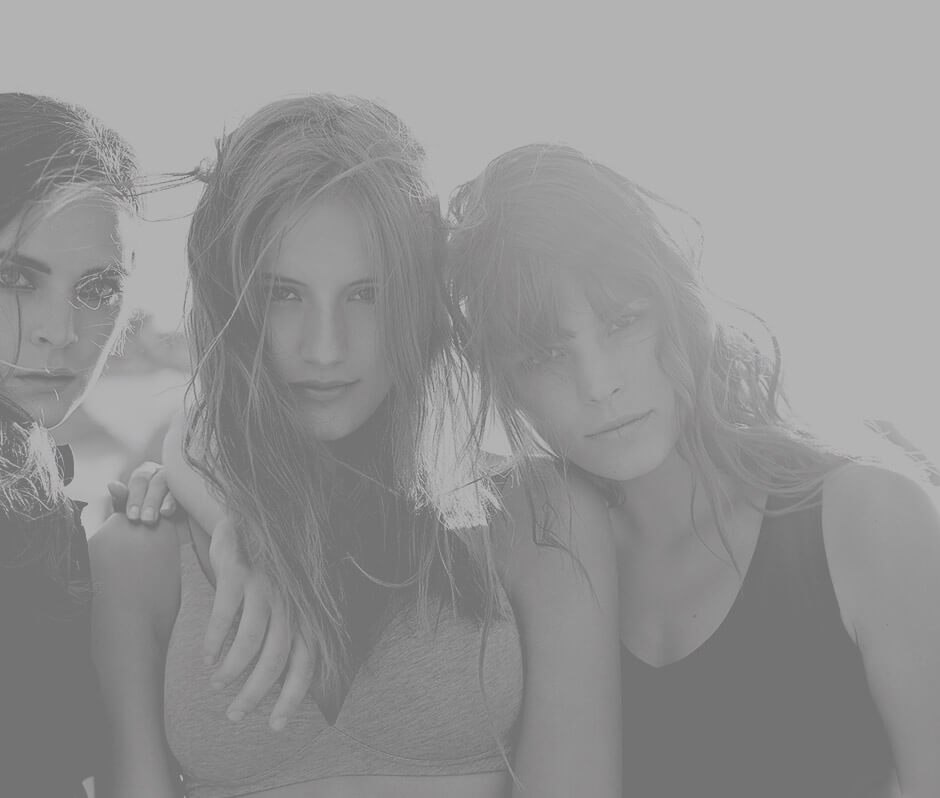 Crash and crinkle refers to a crinkle look in textiles, where crash is a wrinkled, large texture and crinkle is a fine, small wrinkle in a row.  By means of a special fixation process, fabrics can permanently retain such a wrinkled effect, which remains form-stable even after washing. For the most part, synthetic fibres such as polyamides or polyester are used for these techniques because, unlike natural fibres, they do not lose stability either through cleaning or prolonged wear.

In order to enjoy this look for a long time, the laundry should not be put in the dryer.  SCHIESSER uses crash and crinkle fabrics mainly in the women’s sector as well as with the Uncover line, to achieve a particularly modern look.

Crochetta or Crochet (french = hook) describes a special crochet technique, which is used in the underwear sector as a pure decorative element.
At SCHIESSER crochetta stitching is mostly used to give children’s clothing a particularly pretty detail or to add fine accents to women’s underwear.

Darts are wedge-shaped folds that shape and sculpt a garment. With an optimally placed dart, underwear nestles perfectly against the skin and promises a high level of comfort. However, SCHIESSER also offers underwear without darts, which is processed completely seamlessly by a state-of-the-art laser cutting technology and therefore feels completely smooth even under close-fitting clothing.

In addition to fine rib, double rib is one of SCHIESSER’s two original fabrics.  With the onset of innovative flat and circular knitting machines and new needle systems, it was possible to manufacture elastic fabrics in 1923. It was based on the process of manufacturing hosiery; this technology was how stocking cuffs were made.  In this case, two purls always alternate with two knit stitches.  The result: a robust two-rowed rib texture. 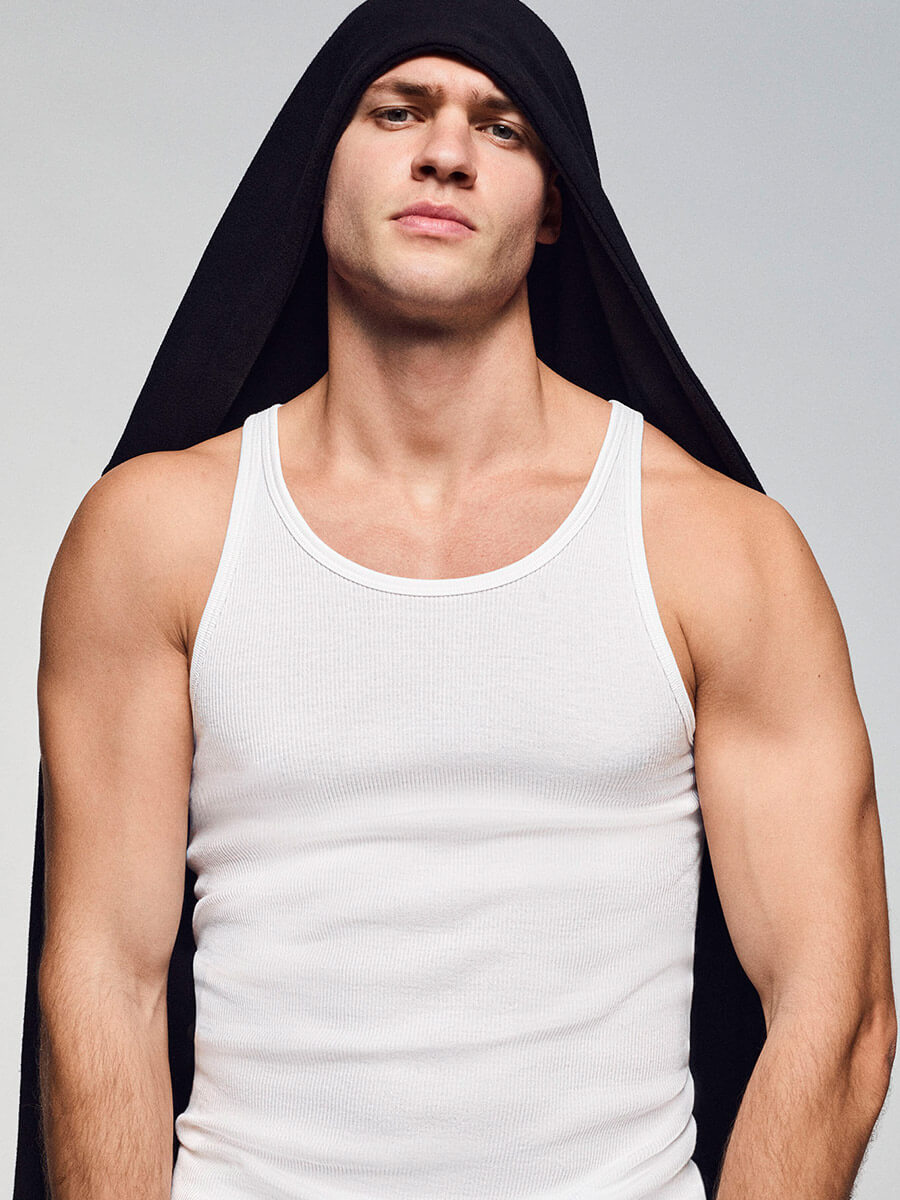 In addition to the purely decorative function, it also ensures stability in the garment.

SCHIESSER uses edging in both day and nightwear to add fine accents.

Elastane is a synthetically produced fiber, characterised by its special elasticity. The synthetic fiber, invented in America, can be stretched up to seven times its original form, and then returns to its original form. SCHIESSER uses different elastane fibers for individual groups of underwear in order to exploit the best possible functionality.  Underwear with elastane content is not only characterized by an optimal fit, but also remains stable for a very long time, does not wear out, is abrasion and perspiration resistant. 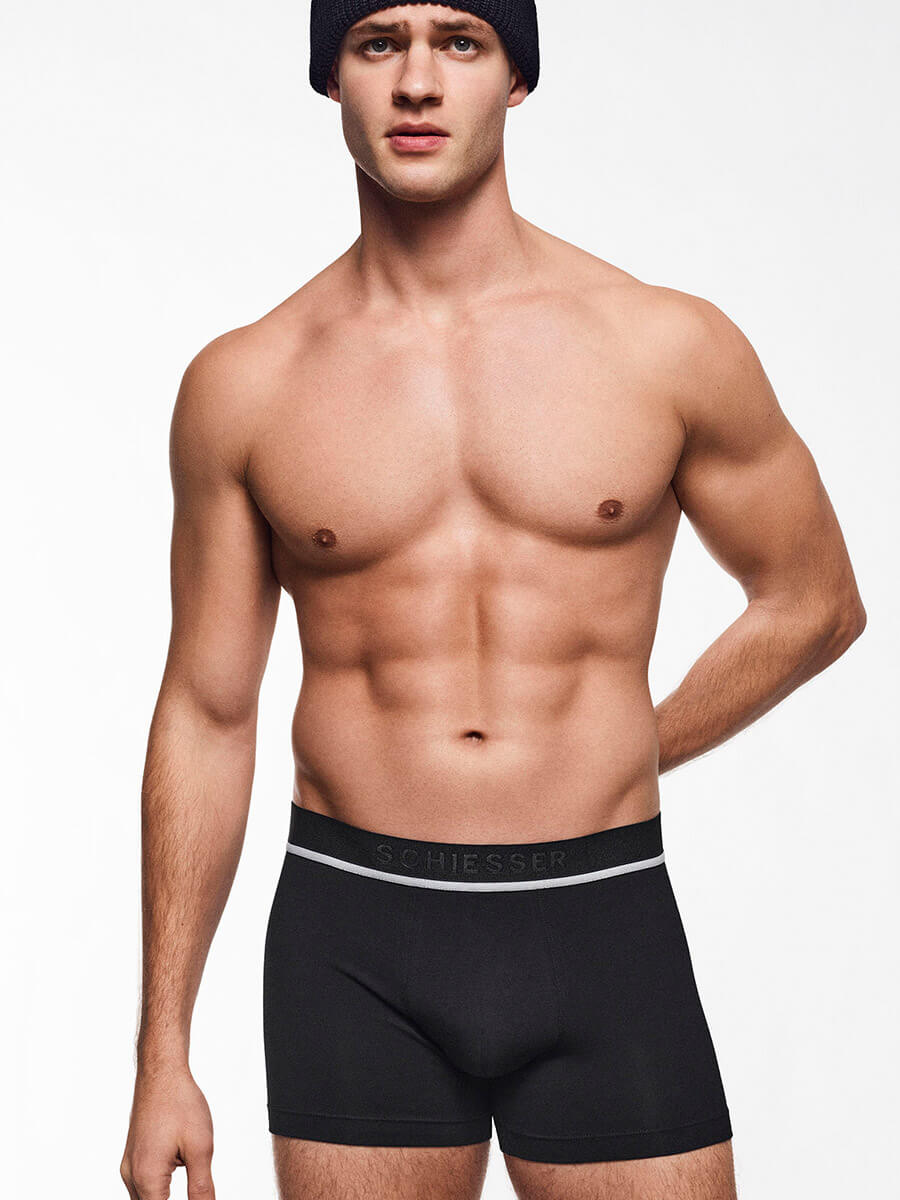 SCHIESSER began creating so-called rib fabrics in 1923.  In addition to sturdy double rib, fine rib, produced on new flat and circular knitting machines and by means of innovative needle systems, established itself as well.  It was based on processing technology used in hosiery production; stocking cuffs were traditionally produced in this way. 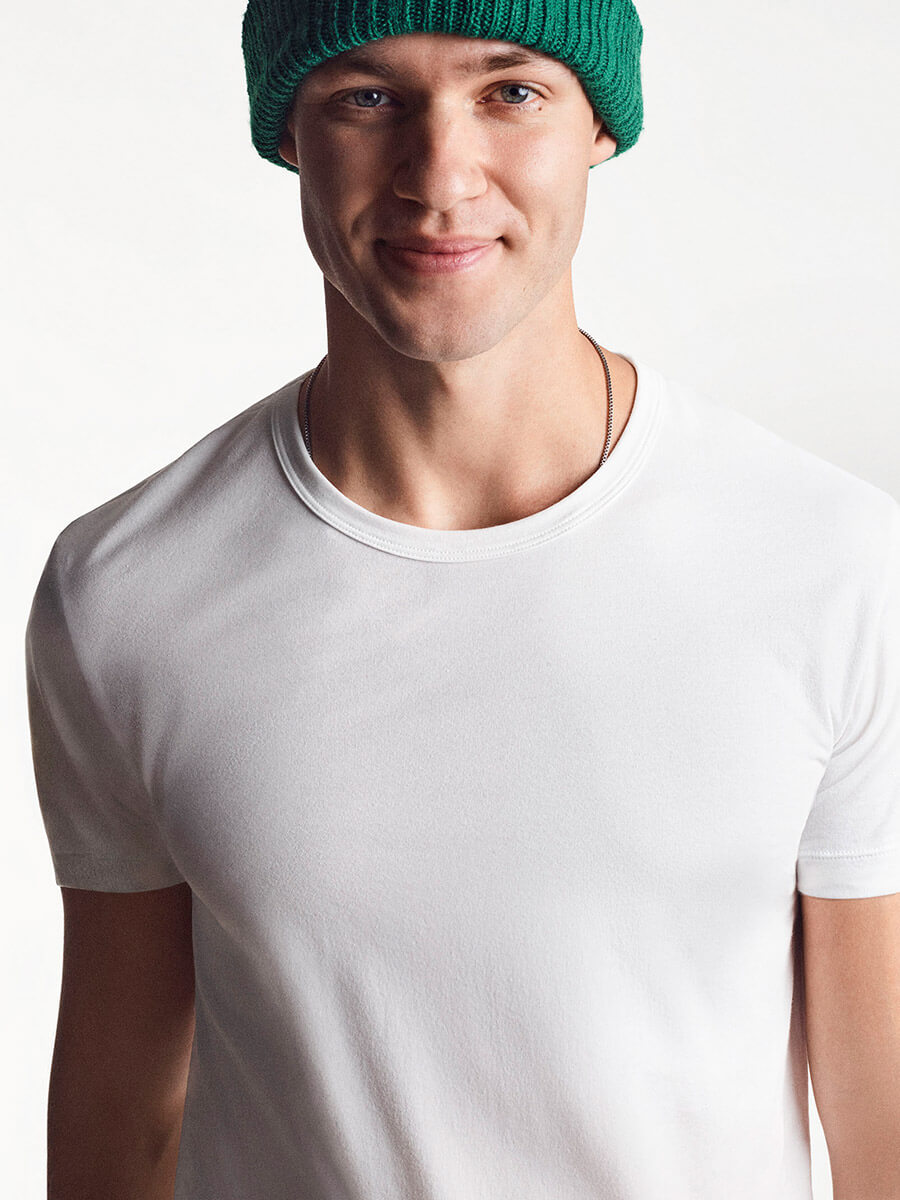 To produce flame yarn, several yarns, mostly of different colours, are twisted together in a special process to achieve an exciting effect.  The resulting pattern in the yarn looks like a flame, which gives the flame yarn its name.  Visually, flame yarn can be compared with linen, whose individual threads naturally have a very similar structure. SCHIESSER uses flame yarn primarily in the fashion sector to give day or nightwear that special something.  For example, a simple women’s shirt can be given a very interesting character using flame yarn.

Discover all the SCHIESSER products with flame yarn now! 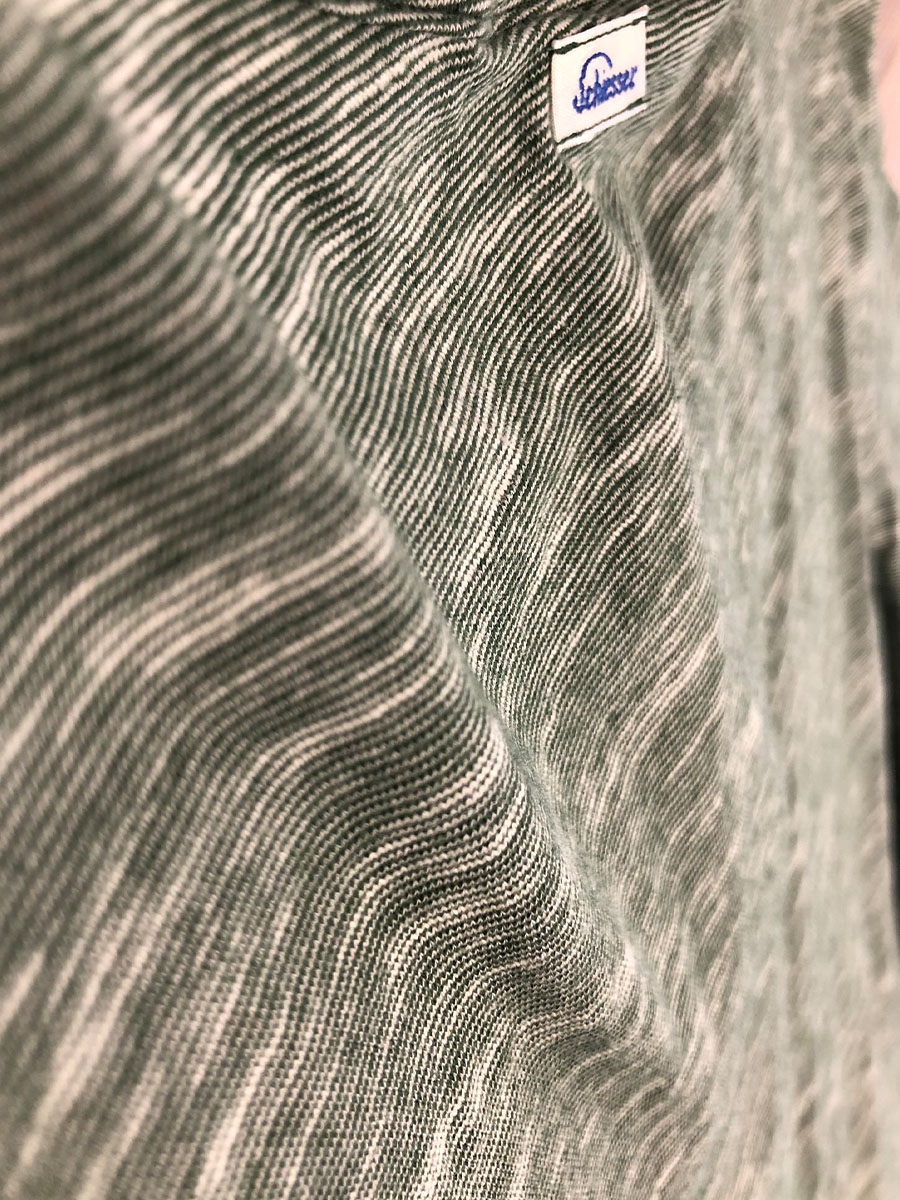 Garment-washed refers to a visual appearance that looks as if it has already been worn after a special washing process.  The material is produced raw, pre-washed and only dyed at the end so that the garment cannot shrink in the finished state.